Competitors divided into two groups. A task in the form of a task game. The goalkeeper starts the game, he opens the game in the low zone. The players’ task in attacking is to introduce the ball and build offensive action in the middle zone of the pitch. Players must look for perpendicular passes (killer pass) to the players running for the position. Note: We do not limit contact with the ball and we give freedom in building offensive action. Hint: Cut corners of the field – their task is to force the players into the penalty area. 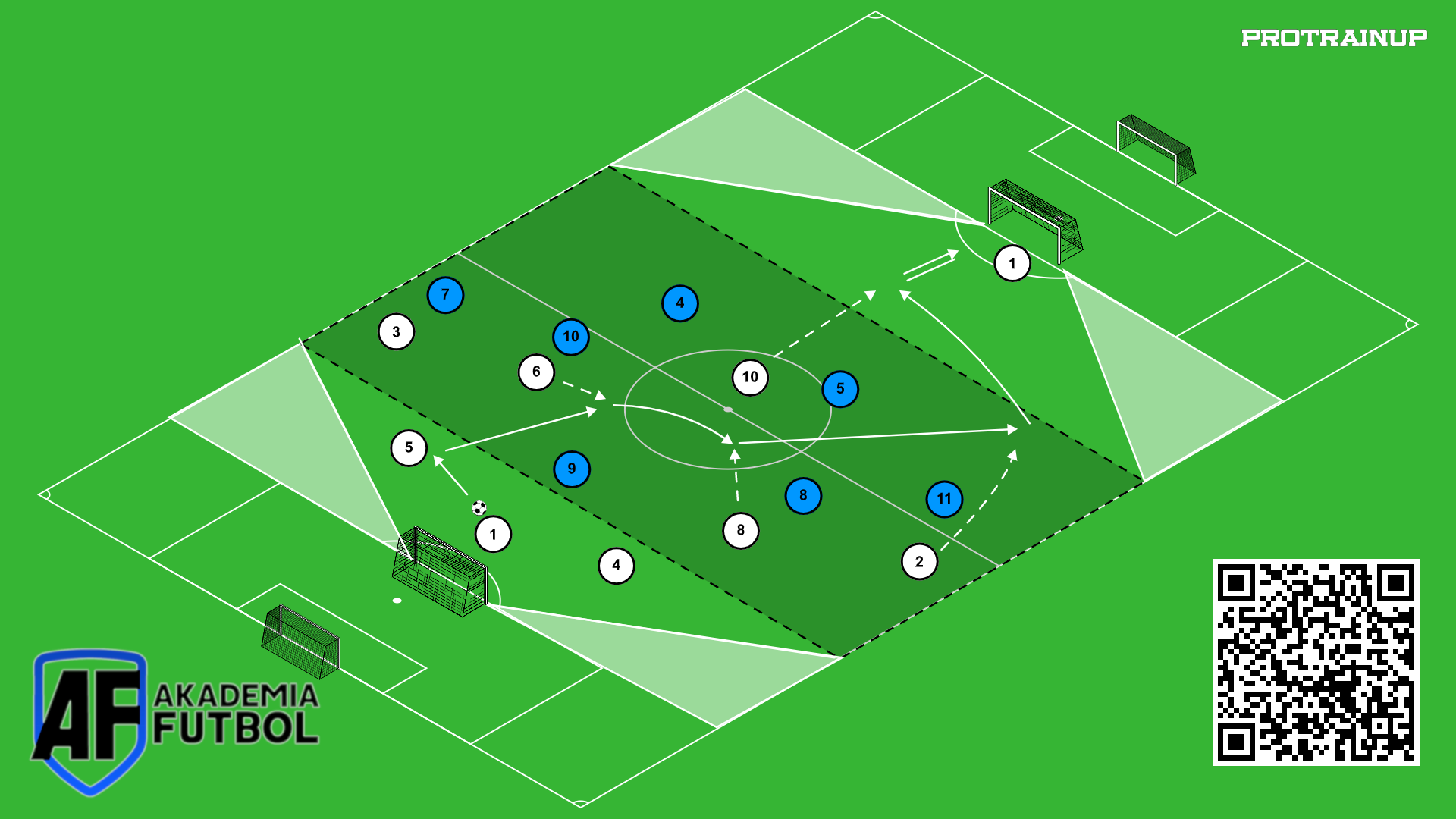 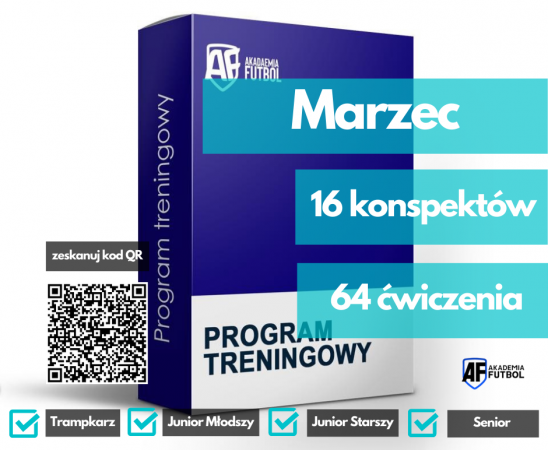