Improving the ball keeping in the low and medium zones with a change of the center of the game.

A task game in a larger field of play – Gra Br + 7v6. Game Goal: Improving the game for maintenance with changing the center of the game. The goalkeeper opens the game and the players in attacking have the task of holding the ball (leaving the pressing) in the middle zone of the pitch and scoring any goal that imitates players in positions 7 and 11. The change of the Game Center is forced by the players closing the zones in the phase defending, in this case, attacking players have to change the CG to the side sectors of the field (to the weaker side of the opponent). At the time of A-B transition, players must actively press to recover the ball. 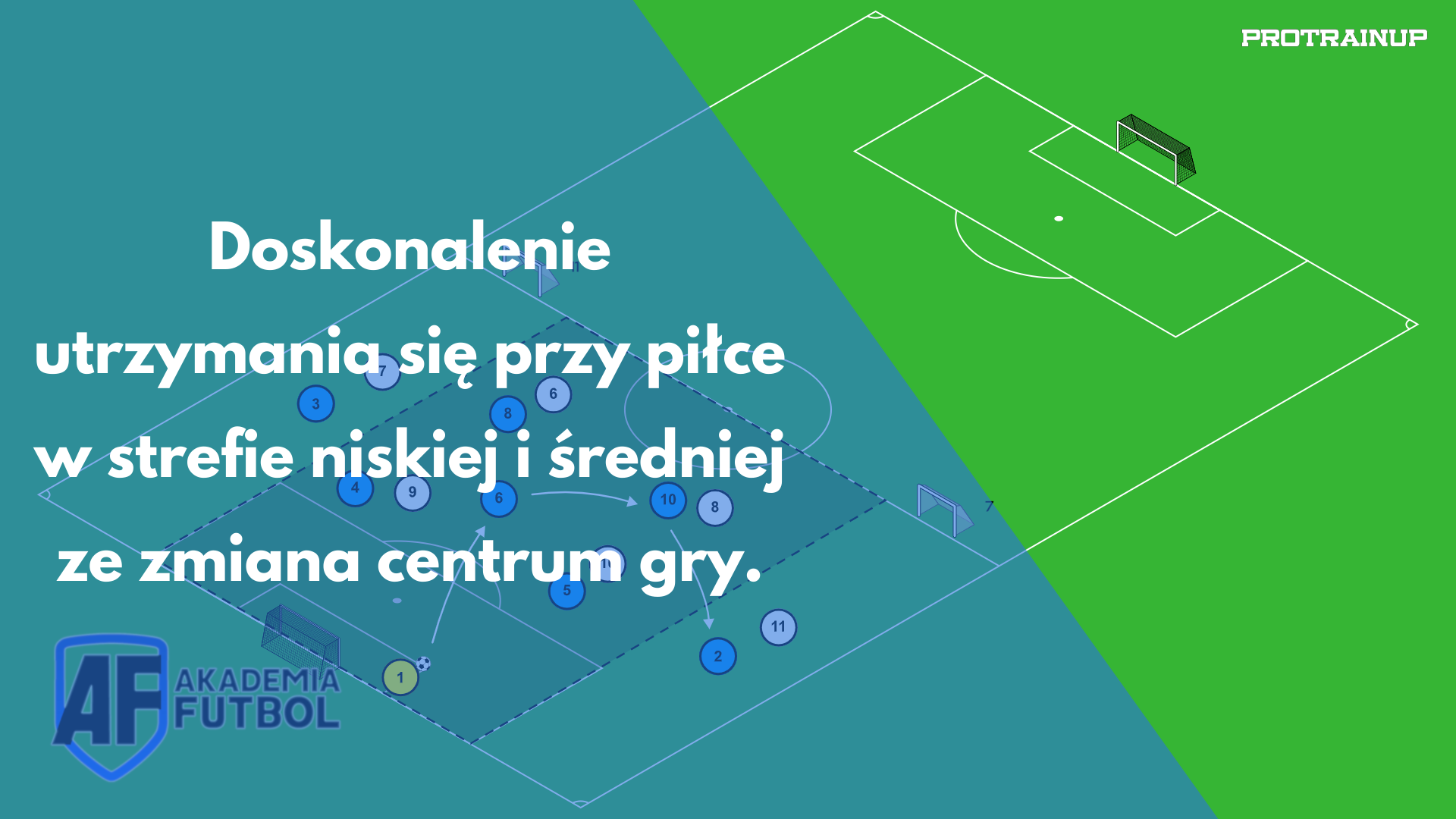 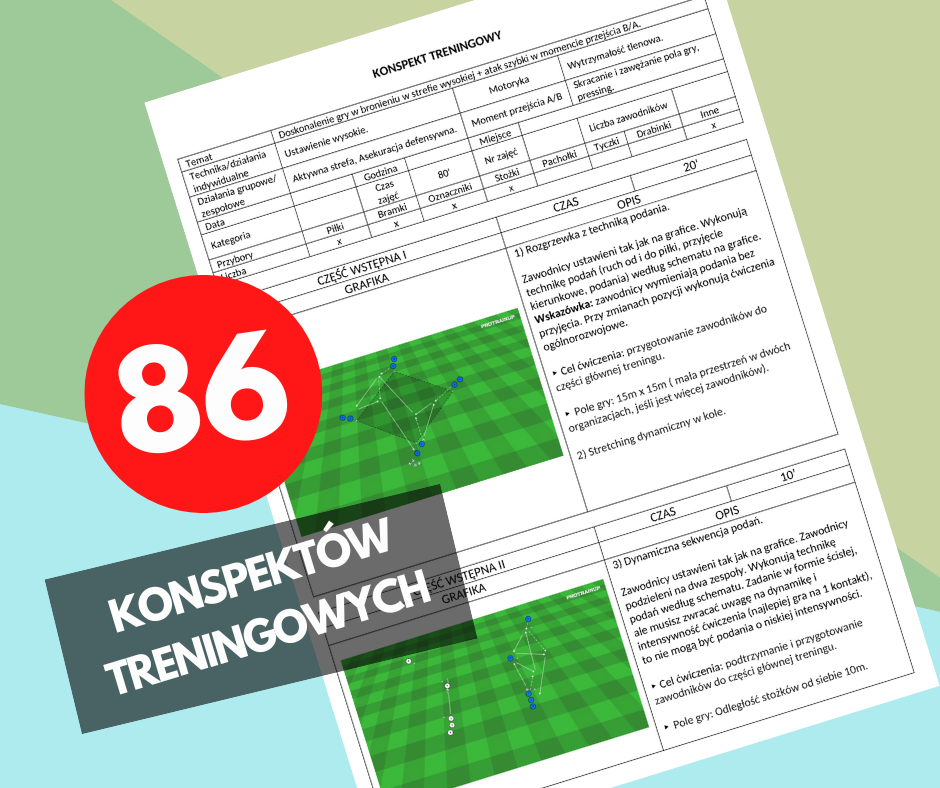