Improving the ball in the middle zone of the pitch.

Competitors divided into two teams. In the middle of the pitch, they play to maintain Br + 4v4 + 2N + Br. Aim of the game: A game of maintenance in the middle of the pitch with the use of Neutral players. After the attacking players cooperate with the Neutral players, they can finish the action with a shot on goal. At the time of the A-B transition, players must actively press to recover the ball. Defending players have a task to recover the ball and go to quick attack (they do not have to cooperate with Neutrals. Hint: The task is in the attacking phase and the moment of A-B transition, so we only couching players in these phases of the game. Playing field 40m x 20m. 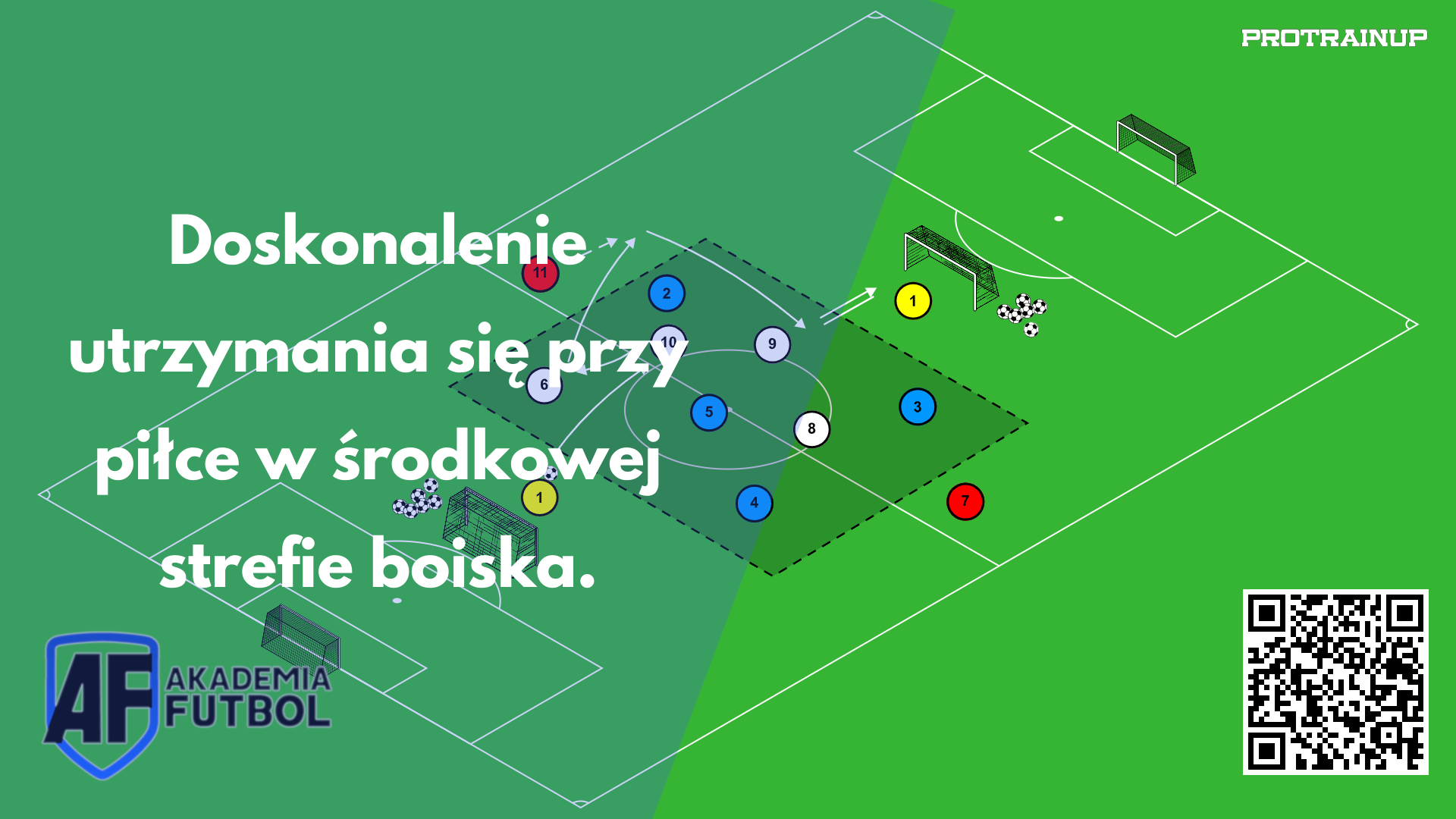