The players are positioned as shown in the graphic – in the designated field, the attacking players play for maintenance, after exchanging a certain number of passes, they can develop the action to the high zone, where the player is in position number 9. After passing to the higher zone, the zones disappear and the attacking team has to score a goal. Note: Pay attention to the reaction of the players after losing the ball. After the collection, the players have to score a goal to one of the two small goals.

Practice area: Half the playing field. 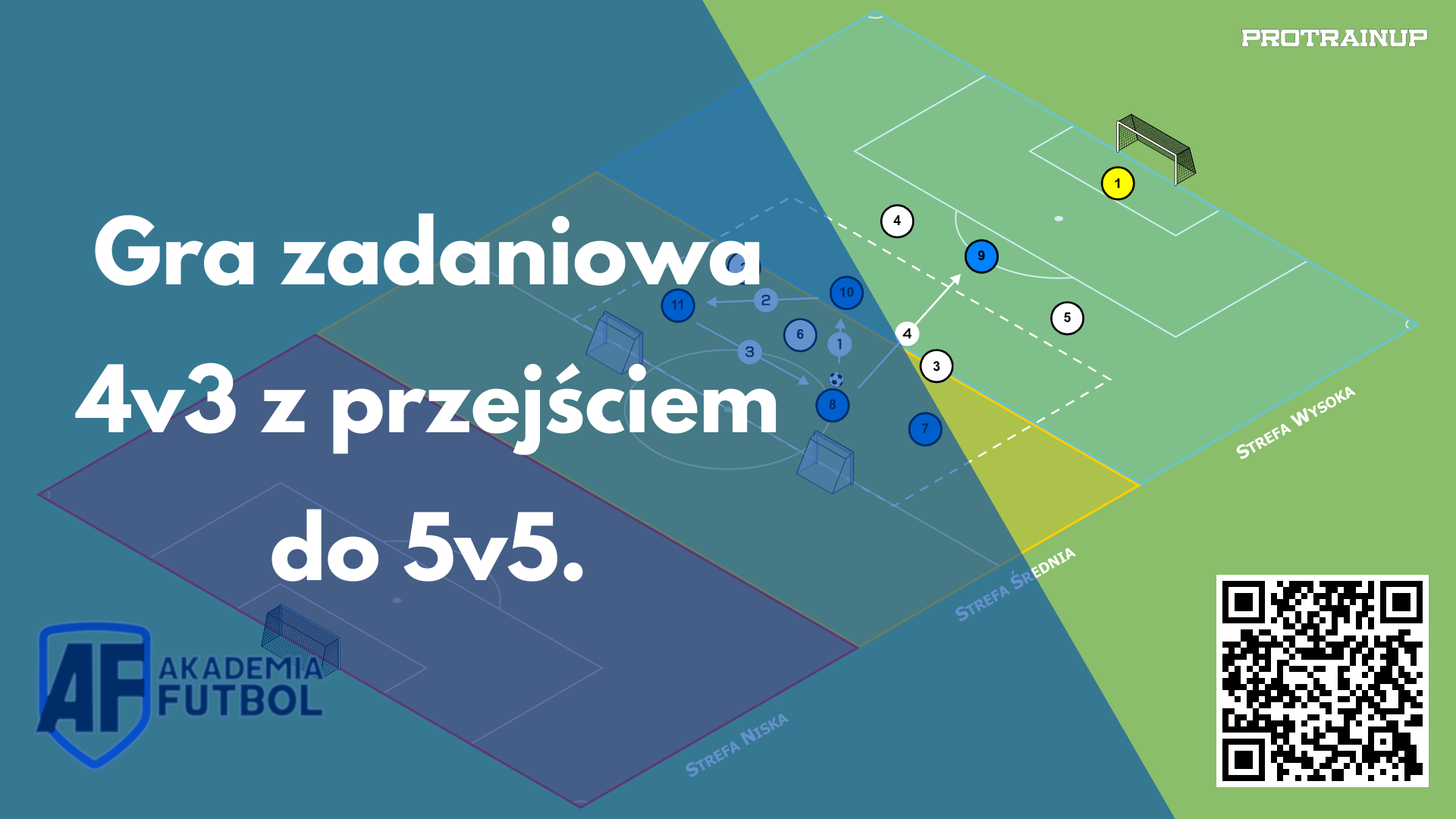