A small game task in the attacking phase. The exercise is started by the Coach by introducing the ball into the exercise area. In the field of play we have players divided into 3 groups of 4 players. The object of the game is to play in the attacking phase – to stay on the ball with a change of center of play. At the time of the A-B transition, players must make a pressing jump to recover the ball. Players in the defending phase have the task of retrieving the ball. After retrieving the ball, they go to the attacking phase, and the group that has lost the ball tries to recover it by active pressing, if it fails in “5 seconds,” it is eliminated and goes to defense. Note: Players in groups cannot play with each other, so white cannot play with white, he has to look for a partner from another group. We are in the attacking phase, but it is also worth telling the players in the defending phase how to defend (e.g. zone, 1v1 or mixing). 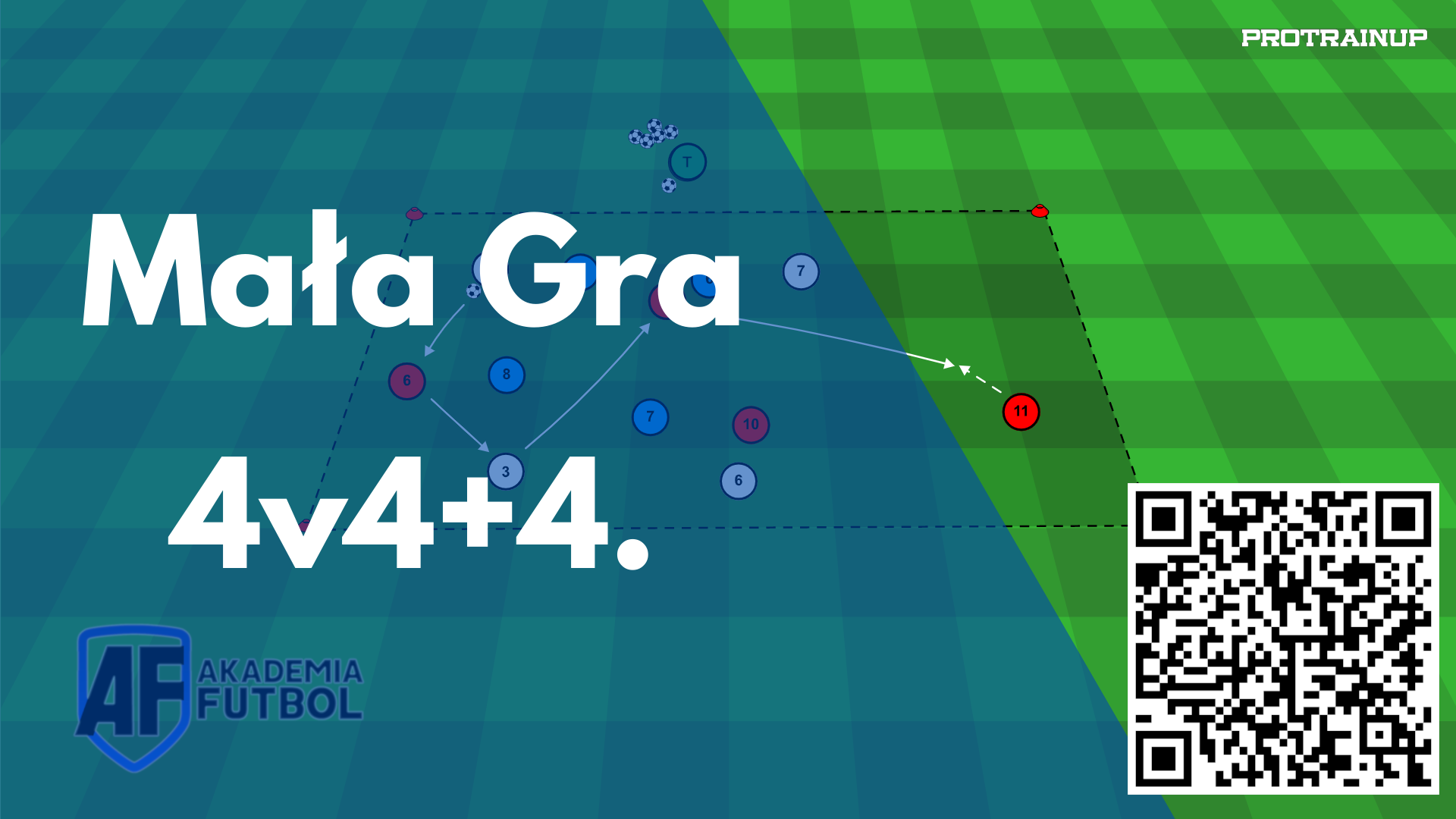