The game starts with a 1v1 rivalry, after the game is over (action ends with a shot), the coach introduces the second ball and we have a 2v1 game, after the end of the 2v1 game – the coach introduces the 3rd ball and we have a 2v3 game. The object of the game is to play in the defending phase, active pressing and pressing dash to the opponent to collect the ball. When they switch from defending to attacking, players perform a quick attack which ends with a shot at the goal. 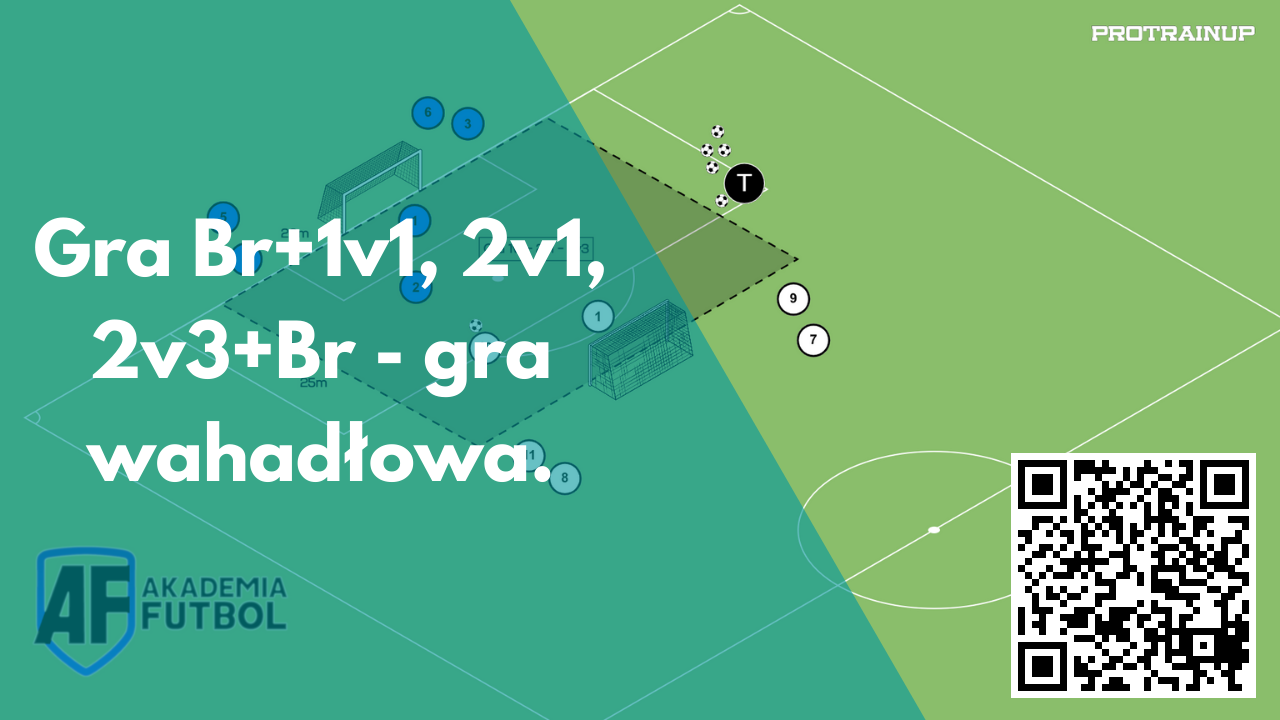