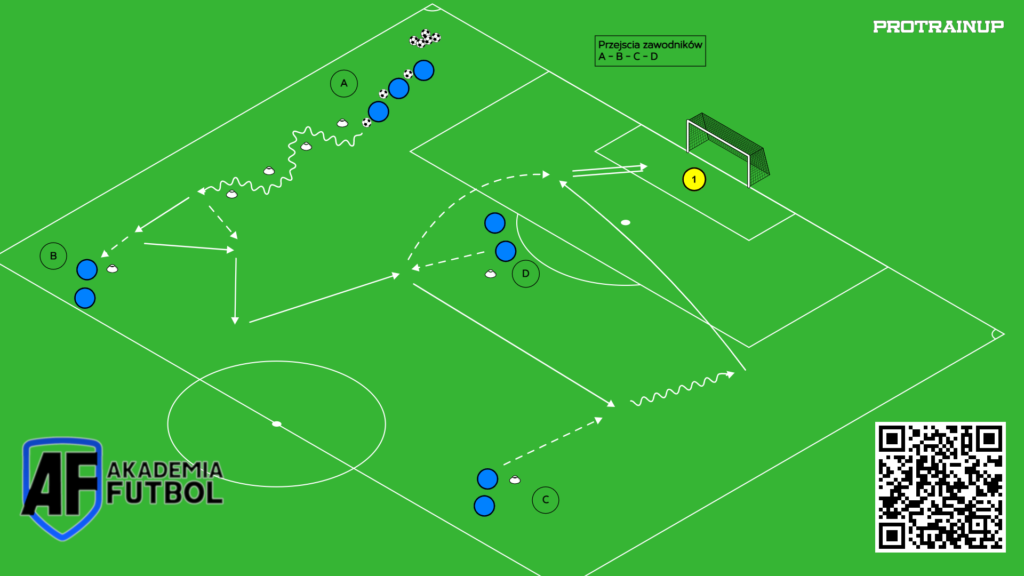 Praca z piłką i bez piłki (ruch od i do).

The players are positioned as in the graphics. They perform passes according to the pattern in the graphic. We pay attention to the movement of players from and to the ball, as well as the game against the wall. We build aerobic endurance, so players have to work in a large space while being on the move – the task ends with a shot at the goal. 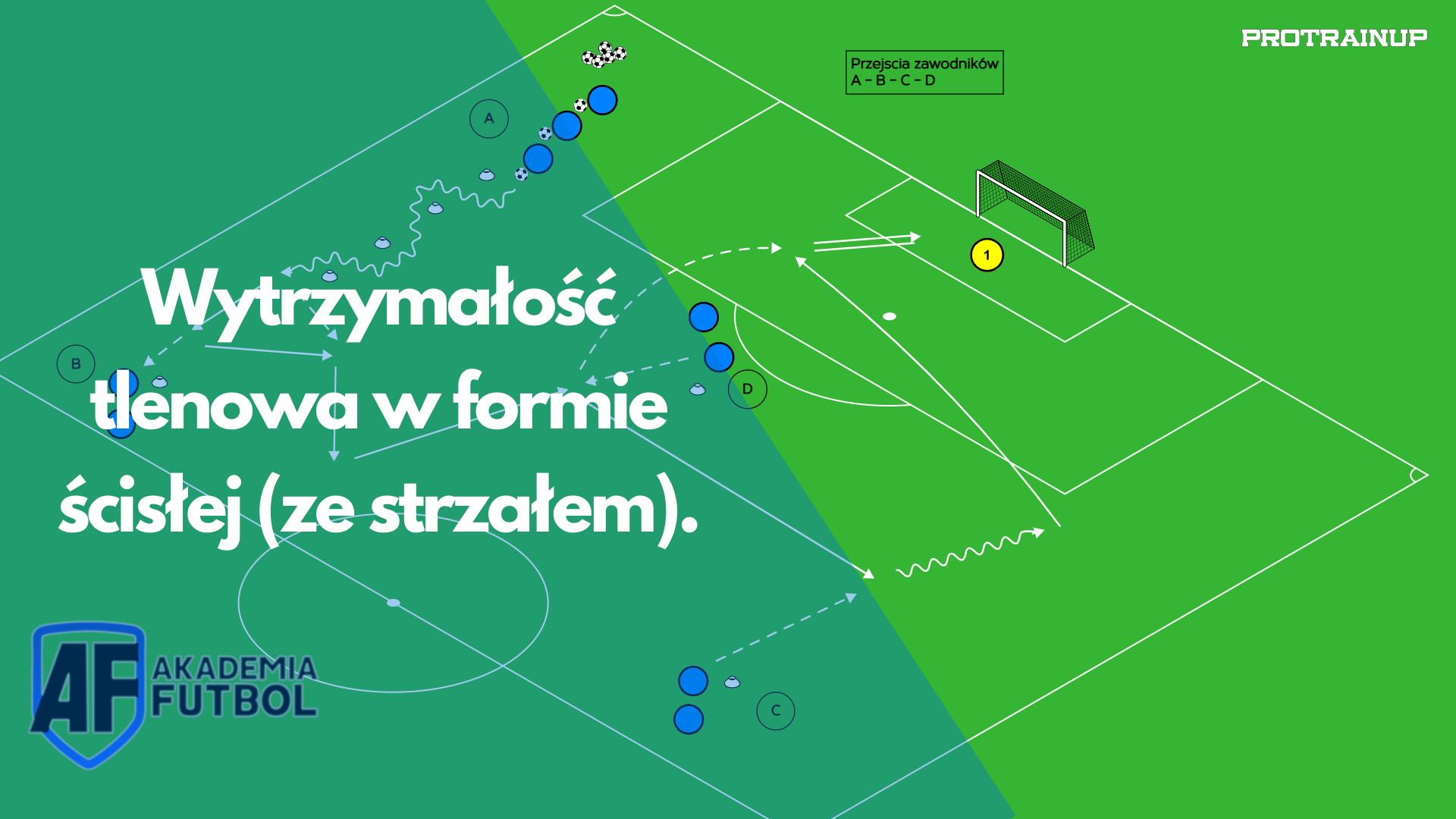 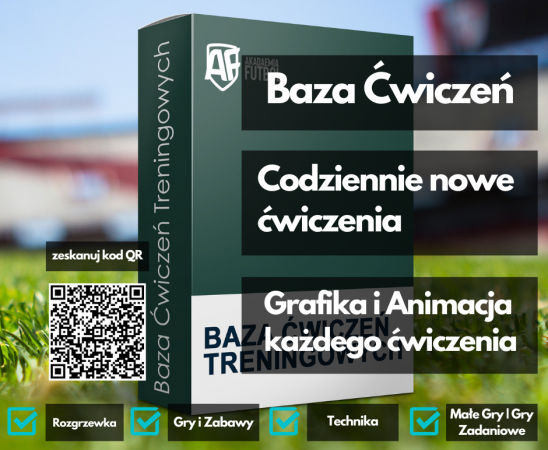