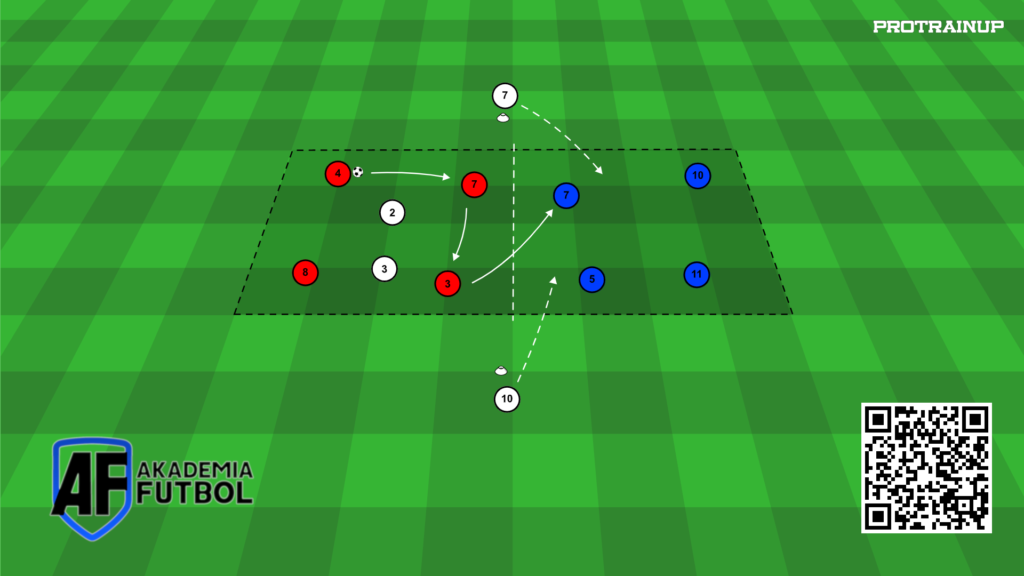 The object of the game is to use a pressure jump to clear the ball from the team during the attacking phase. In this task, I’m only interested in players in the defending phase. The playing field is divided into two zones (20m x 20m zone). In the first zone, a 4v2 game – after exchanging a certain number of passes, the players in the attacking phase change the center of the game by playing the ball to the second zone, at this point there is a pressure jump of players who enter the field of play from outside the field. The goal is to pick up the ball when the players in the defending phase receive the ball, they play it to the second zone of the court and the tasks are swapped among groups. 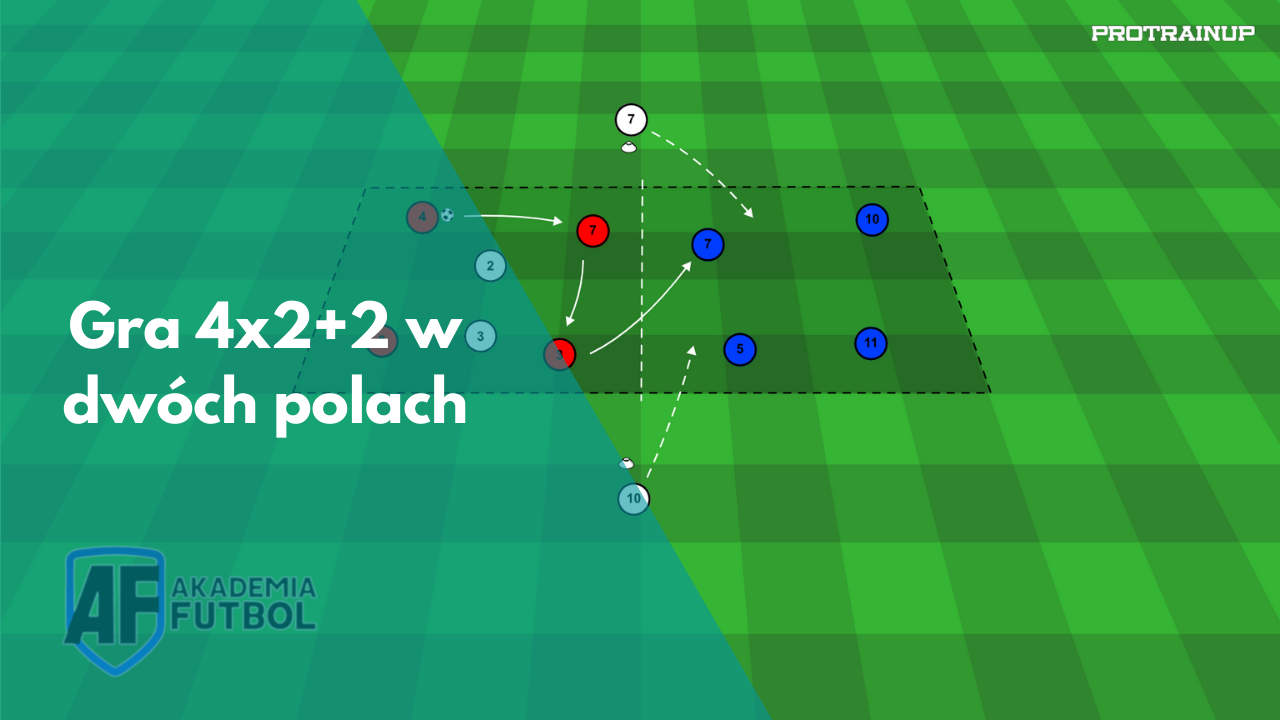 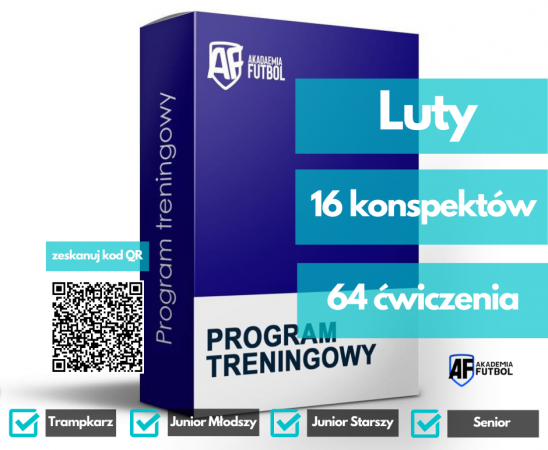